While in Penguin, Tasmania we went to photograph the towns icon (the big penguin statue). As we were taking some shots of it, we could hear a train and realised it was about 100mtrs away.. I was disappointed as I thought it was heading out of town and didn't have my camera set for it- definitely wasn't expecting to see one in motion in Tassie, especially one so close. I thought I had missed the photo opportunity until we noticed the train was heading towards us.. I raced down to the intersection (while playing with the settings) where the almost empty container train, headed by TR04 and TR08 came right past me. It was strange to see such a big train come through the centre of such a small town. Right place, right time! 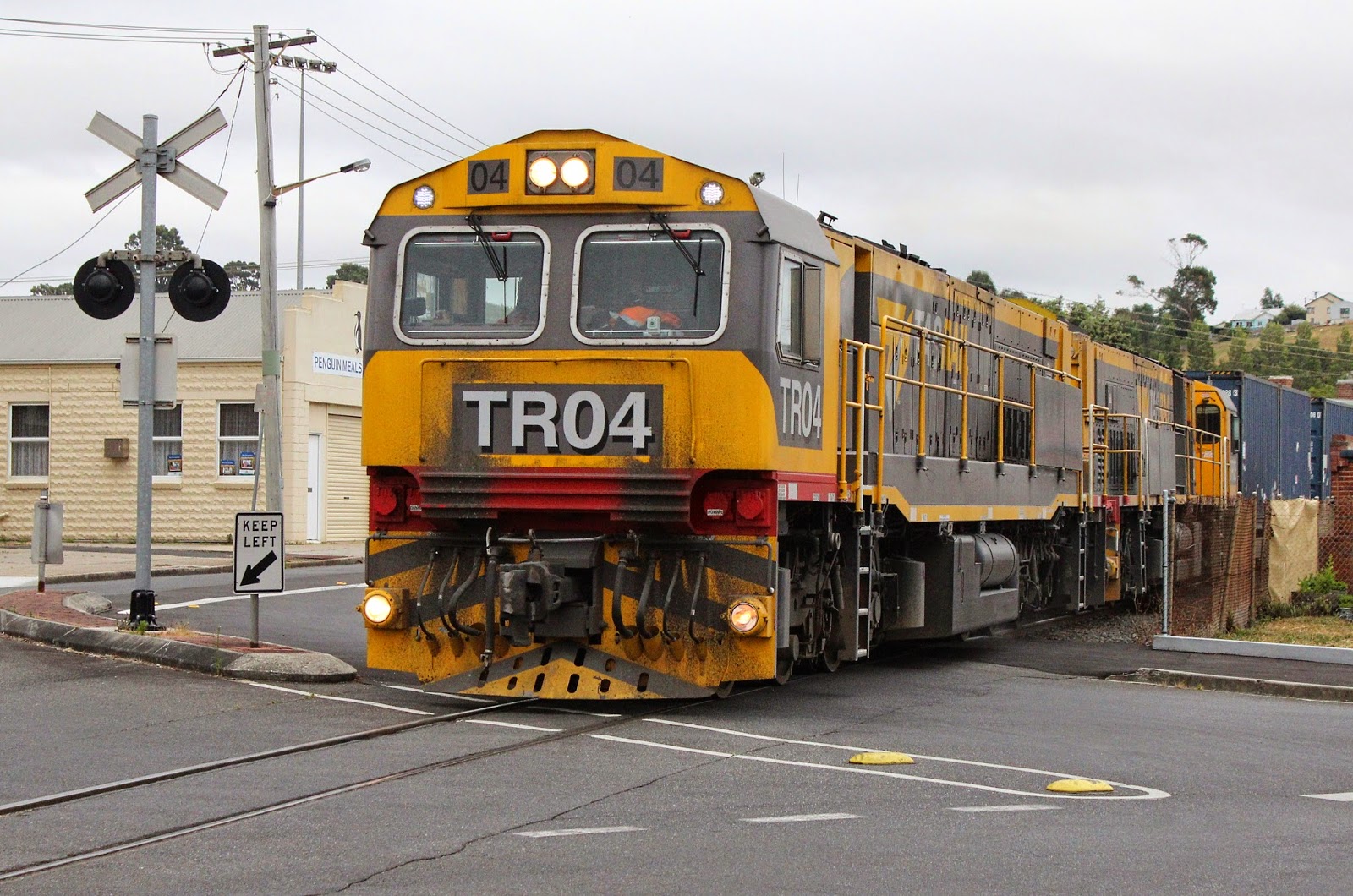 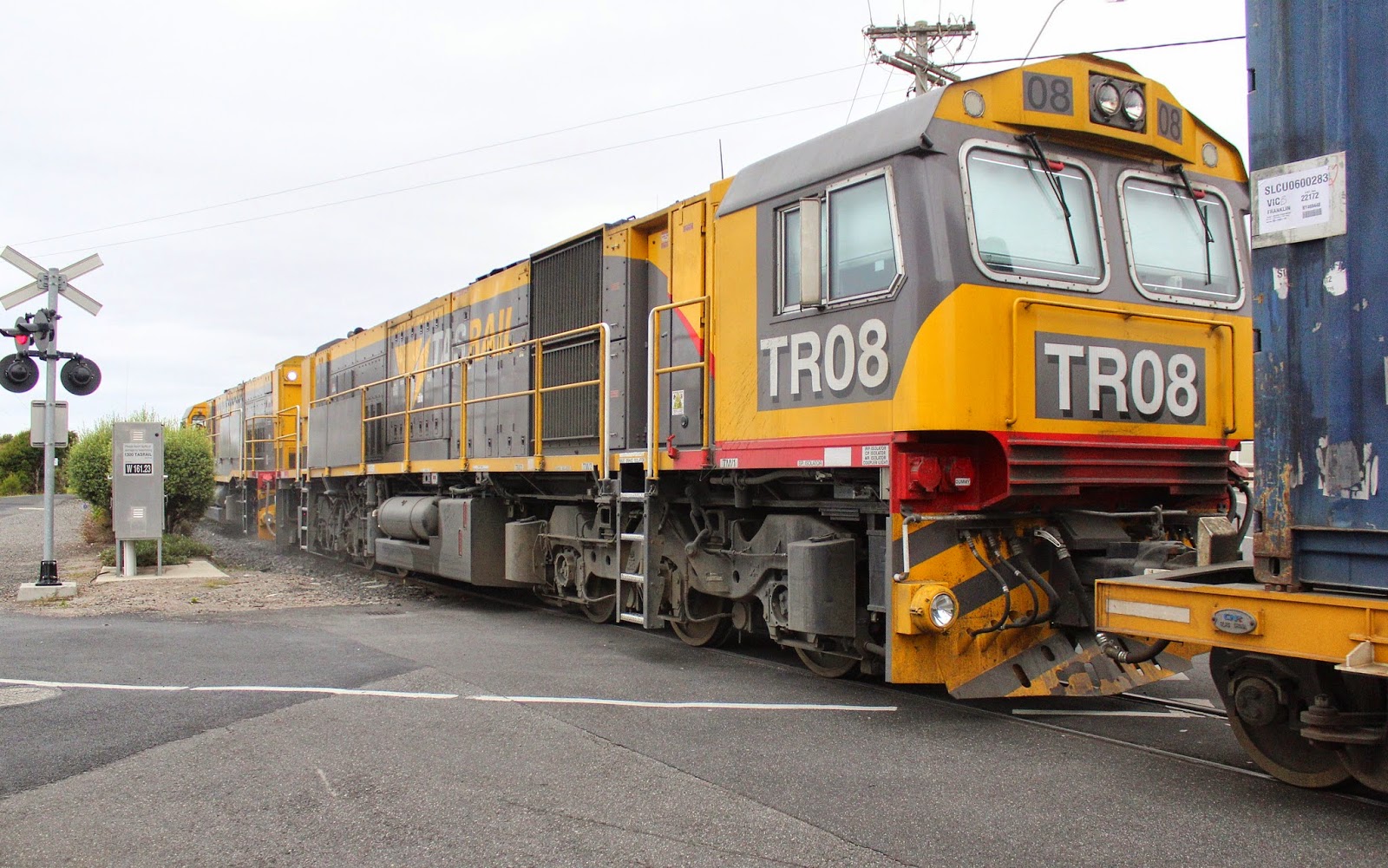 Till next time
Mathew Hughes
Posted by mat at 8:23 PM No comments:


During our holiday around Tassie, we were lucky enough to fit in a trip to the Don River Railway Museum in Devonport.. There were a number of museums around but Don River interested me as they have the largest collection of both steam and diesel locomotives in Tasmania. They also store the largest collection of rolling stock that was used on Tasmanian railway. I had hoped to see the ALCO 866 while there- unfortunately it was sort of hidden away but still great to get a glimpse of it!